Glaucoma is caused by the increase in intraocular pressure which will gradually destroy the fibres of the optic nerve. The increase in intraocular pressure is caused by the obstruction of the filter to drain intraocular fluid. It can cause an irreparable reduction in the field of vision followed by a total loss of vision if no treatment is considered. We also note that there are 06 types of glaucoma. Read to the end to find out about the different treatments and foods to avoid.

What things should you avoid if you have glaucoma?
How does a person with glaucoma see?
Does glaucoma affect both eyes?
How to stop the progression of glaucoma?
How to lower the tension in the eyes?
Can glaucoma be cured?

Glaucoma: definition, treatment and food to avoid: all about glaucoma.

glaucoma is a chronic disease caused by the progressive destruction of the fibres of the optic nerve under the influence of various factors, the most common of which is the abnormal rise in intraocular pressure.

Open-angle glaucoma is chronic glaucoma and is the most common glaucoma. It is opposed to narrow-angle glaucoma which is brutal and a major cause of blindness. The increase in intraocular pressure is caused by a decrease in the flow of fluid to the eye called aqueous humour. It progresses gradually and can be suspected in the face of a reduction in the visual field and the discovery of a pale papilla. Several examinations are performed by an ophthalmologist such as a fundus, an intraocular pressure measurement and a gonioscopy. It is possible to treat this glaucoma if it is detected early enough.

Iridocorneal angle-closure glaucoma is an eye emergency. Closing the angle prevents the outflow of aqueous humour and causes a sudden increase in intraocular pressure. It is rarer than open-angle glaucoma. It manifests as sharp and continuous eye pain, a dilated pupil, a decrease in the visual field and nausea. This is a medical emergency that requires surgery or laser intervention. Before the procedure, the doctor injects the patient with acetazolamide intravenously to reduce the pressure inside the eye. Without treatment, the development is rapid and results in permanent loss of sight.

Chronic glaucoma is another name for open-angle glaucoma. The optic nerve, transmitting images from the eye to the brain, is gradually destroyed due to excess pressure in the eye. This glaucoma usually affects both eyes and progresses over several years to end in total loss of vision or blindness, in the absence of proper treatment.

A congenital glaucoma is a rare form of glaucoma that is characterized by high intraocular pressure from birth or during the first weeks of life. The child tears because the aqueous humour contained in the eyes evacuates badly. In most cases, the condition is bilateral and boys are more affected than girls. It is often linked to a genetic defect. Hypotensive eye drops may be sufficient. Eye surgery is necessary to treat the most serious cases.

Neovascular glaucoma is secondary glaucoma, the occurrence of which is often associated with another pathology of the retina such as vascular occlusion, eye trauma or diabetes. It is characterized by the appearance of new vessels in the iris which extend towards the iridocorneal angle, which increases the intraocular pressure. Treatment depends on the cause and stage at which glaucoma was diagnosed. It can be a drug, surgery, or laser.

A pigmentary glaucoma is a rare form of glaucoma. In this case, the iris rubs against the pigment layer of the eye. This friction leads to the detachment of fragments of pigments, which clog the trabecular meshwork and increase the intraocular pressure. Pigmentary glaucoma mainly affects young people with myopia. Treatment depends on when it is taken over. At the stage of pigment dispersion, a pigment iridotomy will be considered. Surgery will be indicated in the most serious cases

It is important to know the risk factors and see an ophthalmologist if you are at risk. Early diagnosis and appropriate treatment help decrease the overall incidence of glaucoma.

Glaucoma remains completely asymptomatic for most of its course. No pain, redness or loss of visual acuity appears. Only the systematic control of the intraocular pressure during an ophthalmologic examination can alert and lead to carrying out the examinations which will make it possible to make the diagnosis between simple ocular hypertonia and glaucoma.

Too much pressure from the aqueous humour gradually destroys the optic nerve, starting at the periphery. The treatment of glaucoma consists either in reducing the production of this aqueous humour (by drugs or ultrasound) or in increasing its elimination by drugs or by carrying out a trabeculoplasty (widening of the iridocorneal angle) by laser or surgery. Medical treatment must be continued "for life" in order to stabilize the disease. There are different types of eye drops aimed at lowering intraocular pressure either by reducing the secretion of aqueous humour like beta-blockers or by increasing its elimination like prostaglandin analogues. If these eye drops do not stabilize the intraocular pressure or if they cause too many side effects, such as allergic manifestations, reinforced laser treatment, carried out on an outpatient basis, may be proposed. If eye drops and lasers fail, surgery may be advised.

However, the AFRIQUE SANTE BIO center provides you with natural products to prevent and treat diseases. Click on the link to find out:

Glaucoma: definition, treatment and food to avoid: what to avoid

Glaucoma: those foods that are bad for the eyes 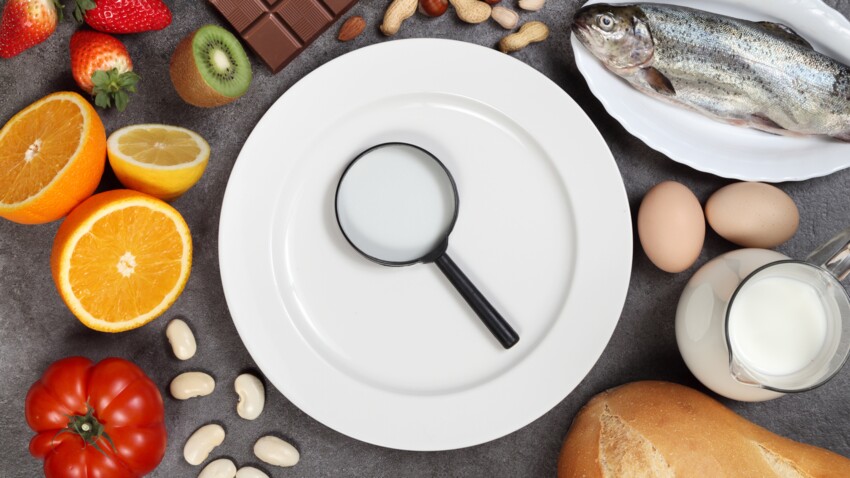 A well-composed plate has the power to slow down the ravages of time and preserve our health capital. Follow the advice of biologist Sylvain Duval.

According to Inserm, glaucoma affects up to 2% of people aged 40 and over. This disease, which damages the optic nerve and reduces vision, can be treated if it is followed properly. And it is possible to prevent this ocular hypertension by watching your diet

Runaway from the industrialist!

Certain foods will have a detrimental effect on health in general and on the eyes in particular. This is particularly the case with those that are rich in omega-6 (sunflower oil, red meat and cold meats). More generally, all industrial products and ultra-processed foods are bad for the vision, because of their high content of saturated fatty acids which damage the capillaries whose role is to vascularize the ocular tissues.

In addition, drinks containing caffeine should be avoided since the latter increases blood pressure. Likewise, alcohol and tobacco should be phased out. Finally, it is better to drink little but very regularly rather than swallow large amounts of liquid all at once, which again can increase eye pressure.

Fill up on vitamins
On the contrary, foods rich in vitamins are to be favoured to preserve the health of his eyes, starting with those which contain the most vitamins E and A. They are found in particular in dairy products and eggs, but also in drinks. vegetable. Also, favour carrots and apricots which contain beta-carotene (provitamin A) with known antioxidant properties. A study conducted in the United States has also demonstrated the effectiveness of a cup of tea (green, black, etc.) on a daily basis against glaucoma.

Likewise, focus on foods rich in omega-3 fatty acids, the beneficial effects of which on the cardiovascular system and vision are widely documented. They are present in quantity in oily fish and in rapeseed, walnut or wheat germ oils. More generally, eat fruits and vegetables for their antioxidant properties, favouring green ones (spinach, zucchini, broccoli, fennel), citrus fruits and berries (especially blueberries which strengthen the retina).

What things should you avoid if you have glaucoma? How does a person with glaucoma see ? Does glaucoma affect both eyes ? How to stop the progression of glaucoma? How to lower the tension in the eyes? Can glaucoma be cured?